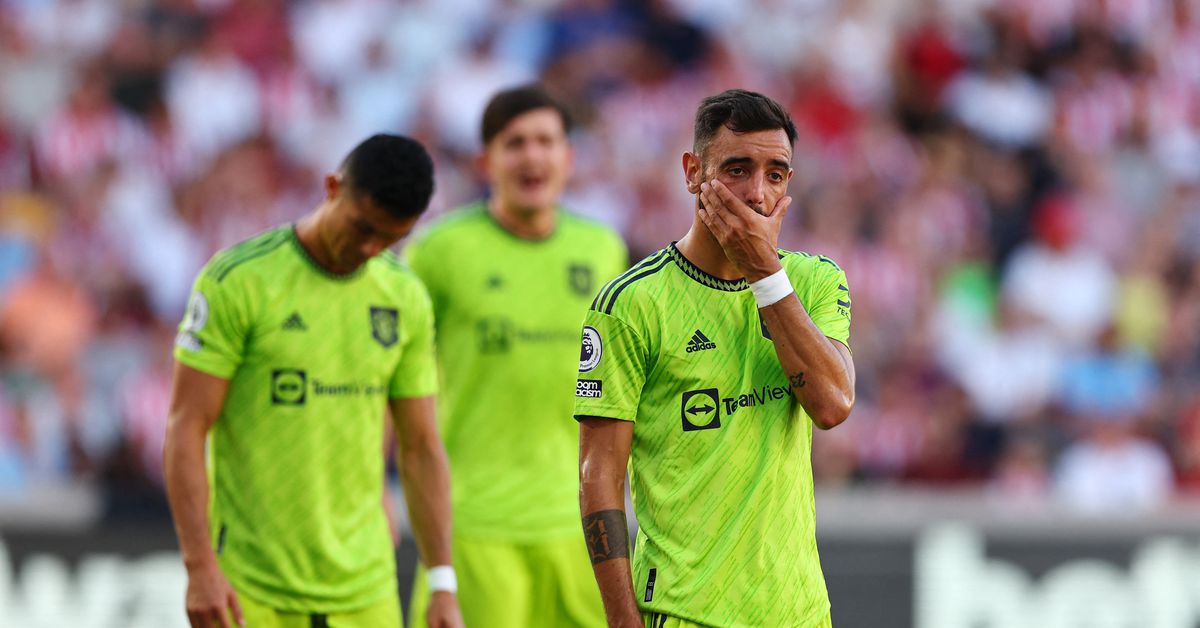 Rio Ferdinand and other Manchester United fans were stunned by the abject performance from their team in the first half especially as West London side Brentford ran riot. The Bees scored four goals in the first half and it was more than enoughfor them to pick up the three points at stake.

Manchester United goalkeeper David De Gea was at fault for the first two Brentford goals. The weak shot from Josh Da Silva squirmed under his body for the opening goal before his poor pass to Christian Eriksen led to the press from Brentford to win the ball back deep into the United half before Danish midfielder Mathias Jensen finished off the passage of play for the second goal of the game. New signing Ben Mee added a third goal off a corner kick before thewin was sealed by French attacker Bryan Mbeumo on the counterattack.

New Manchester United manager Erik Ten Hag has had a poor start to his reign at the cluband it was compounded by the big defeat at the Brentford Community Stadium on Saturday evening.In his first competitive game as a Manchester United manager, the Dutchman watched on from the sidelines as his team lost 2-1 at home to Brighton and Hove Albion. German midfielder Pascal Gross turned out to be the star of the show after he scored twice during the game, while the lone Manchester United goal was scored by Alexis Mac Allister (own goal).

As things stand, Manchester United are last on the Premier League log after the big defeat at Brentford.